I have gathered some additional strycsitten images from medieval illuminations and paintings. They can be divided in French type strycsittens and the German type. 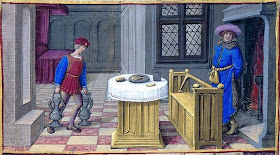 January, folio 1r. The table is curious and seems to consist of a square dressoir with a round table top. 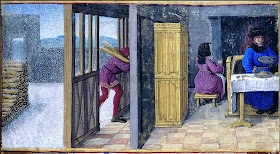 February, folio 1v. The wife seems to be sitting on a footstool.
Both illuminations are from the same book illuminated by Jean Poyer in Tours, France around 1500. Both strycsittens are situated in front of the fireplace. The Hours of Henry VIII, manuscript MS H 8, The Pierpont Morgan Library, New York, NY, USA. 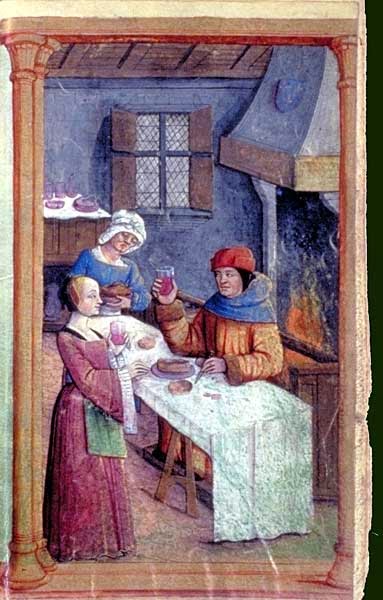 Servants serving the master in a book of hours. BNF NAL 3116 folio 1v. Dated at the end 15th century.
Assuming a similar set-up as the previous image, this could be February. 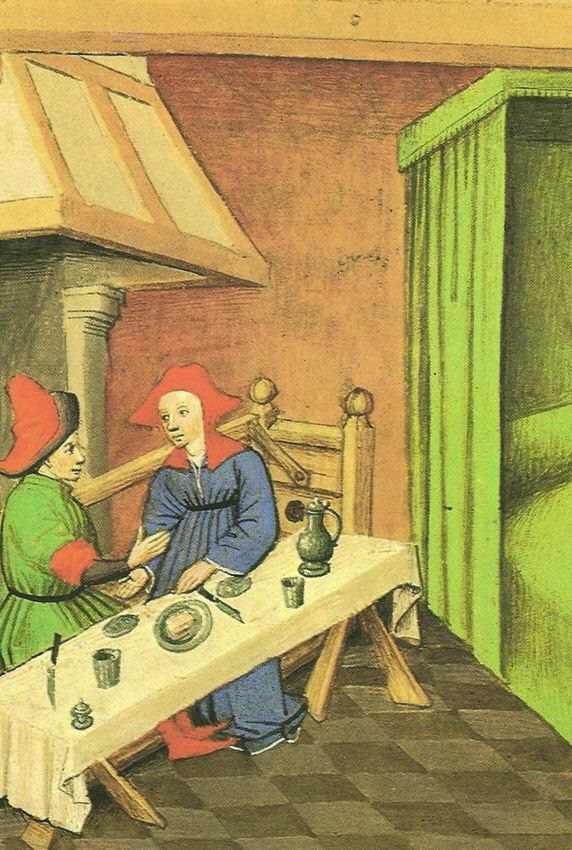 I have shown this image before, but only in grey. It is still unknown to me from which manuscript it originates.
Also this strycsitten is in front of the fireplace. 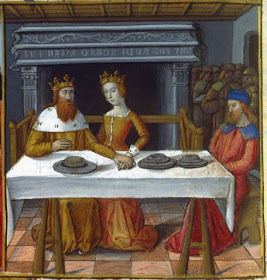 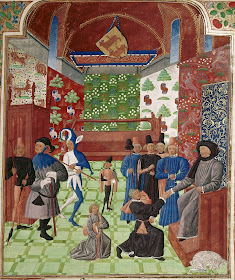 Jehan Froissart kneeling before the count of Foix. Chroniques of Froissart, British Library manuscript Royal 14 D V folio 8. Last quarter of the 15th century. The strycsitten beneath the canopy is decorated with animals (lions?) 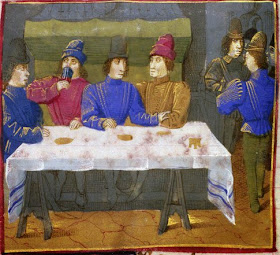 Tristan and Dinadan at the house of Pelinier. Manuscrit du Tristan en prose, BNF Fr 102 folio 179v. dated around 1465-1480. It is a bit difficult to see, but  they are sitting on a strycsitten in front of a fireplace. 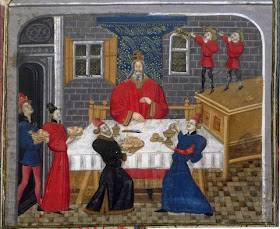 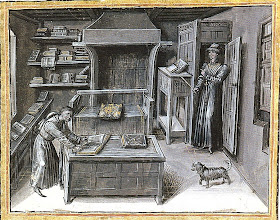 The translator reads the Latin text in the library of a noble. A grisaille illumination with a strycsitten in front of the fireplace. The strycsitten swinging backrest is more of a Flemish type. The bench is covered with a cloth and a cushion. Roman de Jean dÁvesnes. Paris, Arsenal MS. 5208 f. 1r. 15th century. 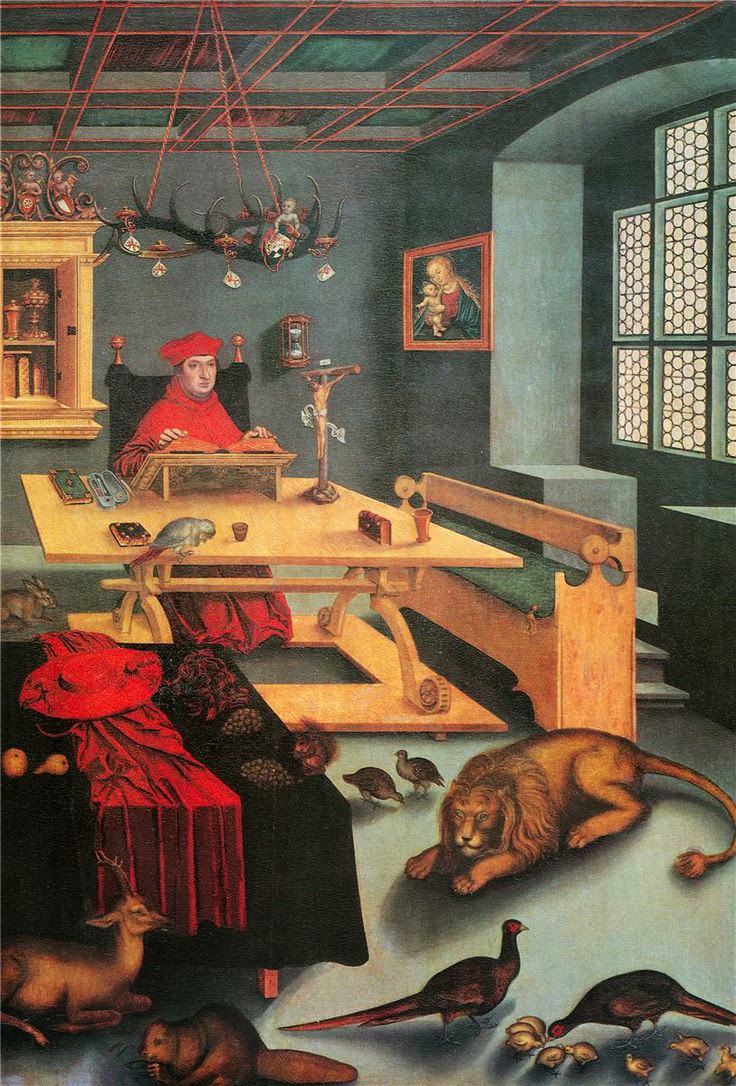 Cardinal Albrect of Brandenburg as St. Jerome. Painting by Lucas Cranach the Elder (1526). The painting is in a private collection. A special long green cushion is made for the strycsitten. The table is set on a wooden platform; perhaps to protect it from the animal dung? 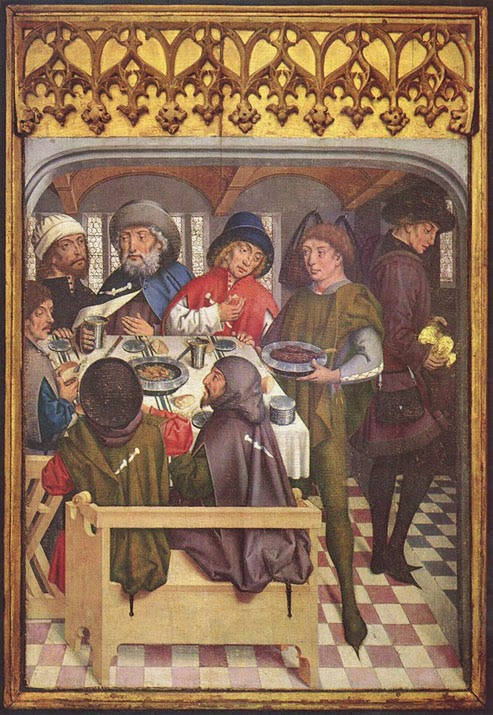